A closer look at the Amstrad CPC 472 timeline

Of all the Amstrad CPC’s, the CPC 472 definitely fascinates me. Amstrad sold the CPC 464 model in Spain as elsewhere in Europe but due to local laws and added tariffs, Amstrad was forced to change how the original CPC 464 was sold in Spain during a short timeframe, and therefore their were at least 5 distinct incarnations of the Amstrad CPC 464 sold in Spain, listed below, 2 of which were briefly branded as CPC 472.

Below is a CPC 472 with a Spanish keyboard

and below is the newer Amstrad logo branded 464 with the Spanish keyboard.

These CPC’s however were all CPC 464 under the hood in looks, motherboard and more, they did have an additional daughter board soldered on to make it look like the total of 72k was real, but it was fake. This was a 64k computer with different versions of Basic, different boot roms, and different languages on the keyboard.

Below you can see the hack, with the Spanish ROM. This photo is from a late CPC 472 with the ‘ene’ key and Spanish keyboard. 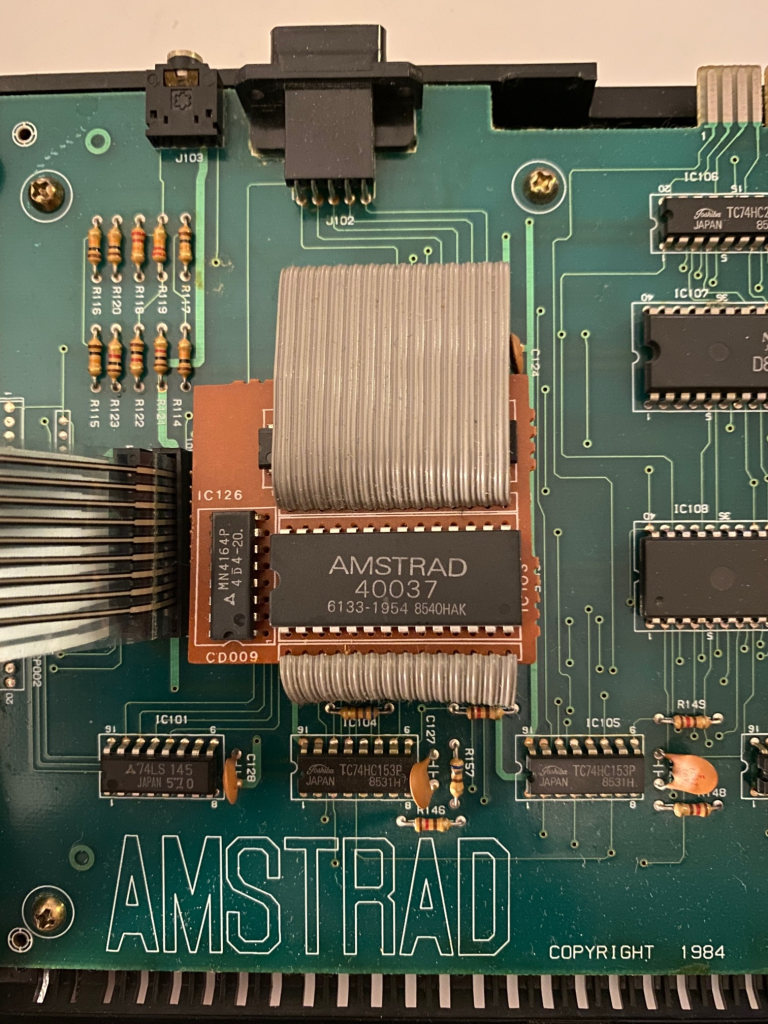 Based on the info I’ve found so far, I’ve updated an existing Amstrad Wiki timeline with 472 specific information, it’s approximate, so if you have more accurate info let me know.

The gap of possible sales of the CPC 472 would probably have started sometime after August 28th 1985 + 2 weeks if you take into account the amount of time engineers had to create the workaround.

Sales of the CPC 472 would presumably have ended January 1st, 1986 when Spain joined the EEC as therefore the tariff would no longer apply, and therefore no justification for the CPC 472 would exist. So in the timeline below, I am guessing that the CPC 472 was actually offered for Sale some time after August 25th/September 3rd 1985 and up until January 1986.

Note: If anyone has a CPC 472 that was purchased before July 17th 1985 or after December 1985, then please let me know and include a photo of the back plate including the serial number for proof. I will then update this CPC 472 specific timeline.

That said, if there were any unsold stock of 472’s left over after January 1st then we may have seen them sold after this time. This would mean that the timeline for CPC 472 availability would be approximately from August 28th – December 31st 1985.

The first 464 sold in Spain had a British keyboard, Basic 1.0 and looked just like a normal CPC 464. Below is a photo of one which I found on the Spanish sales site Wallapop today. Then on July 17th 1985, a law (or royal decree) was signed into Spanish law declaring that all computers that were imported into Spain had to have an additional tariff (extra customs charge) added. This was probably related to a Spanish company called Eurohard which wanted to sell their 1 million Euro stock of Spanish made Dragon mini computers to the home market.

This tariff added approximately 90 Euros per CPC sold in Spain and would have been the  end of the CPC in that market. However, August 28th 1985, the law was amended, as companies that imported PC hardware in Spain lobbied the government to add an addendum to make the tariff only applicable for imported computers with less than or equal to 64k of RAM. This effectively meant that any CPC with more than 64k could be sold without a tariff. This was enough for the Amstrad engineers to come up with a justification for the extra 8k RAM in the CPC 472, even though the actual RAM was unused.

The serial number on the back of your CPC 472 reveals where and when it was made. Thanks go to the cpcwiki for this info. The serial number used on CPC 472’s should be in the following format:

Below you can see three CPC 472 genuine serial numbers. 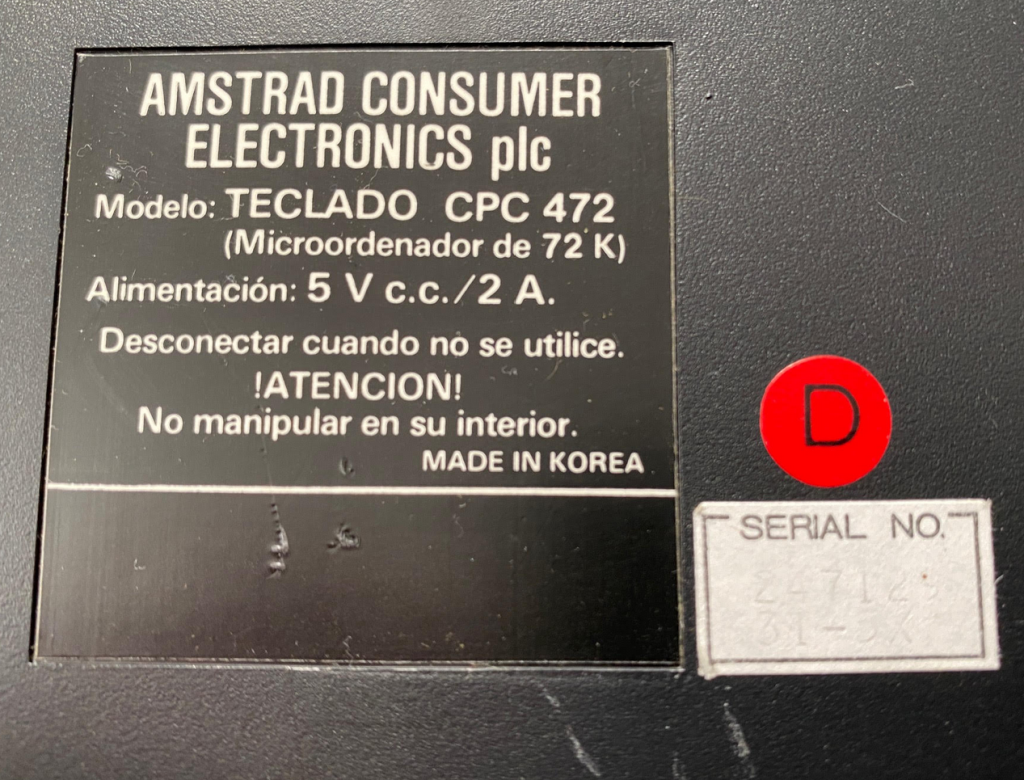 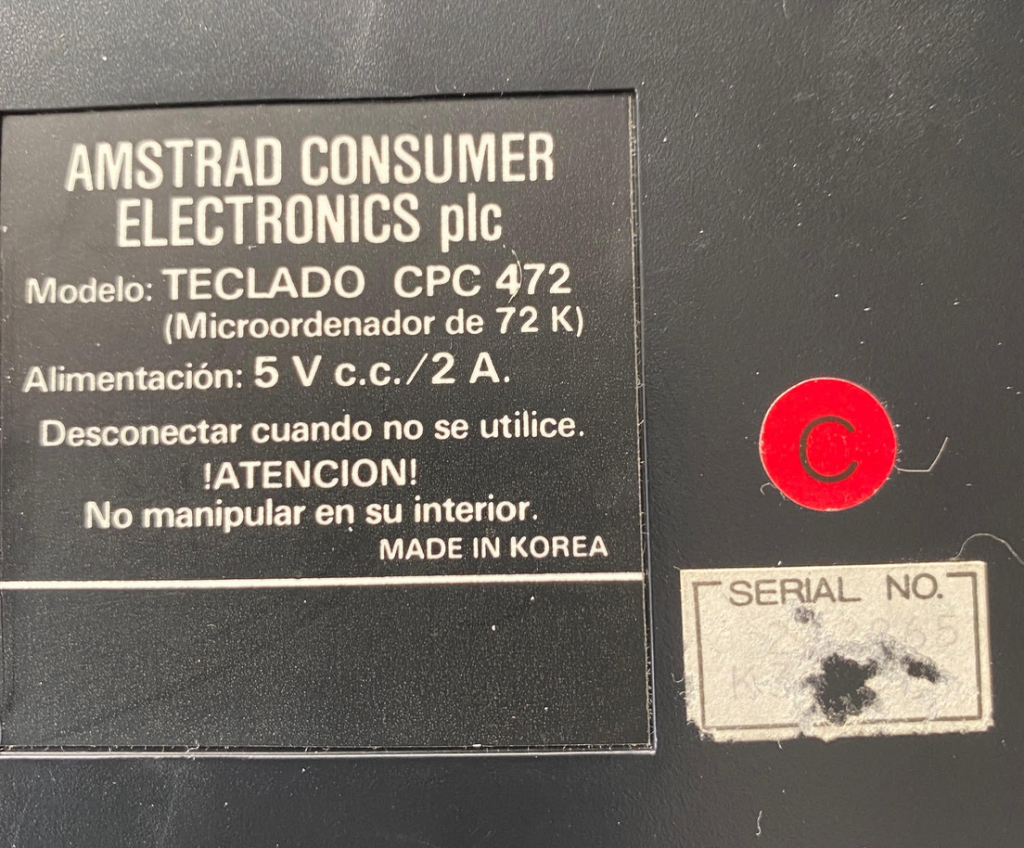 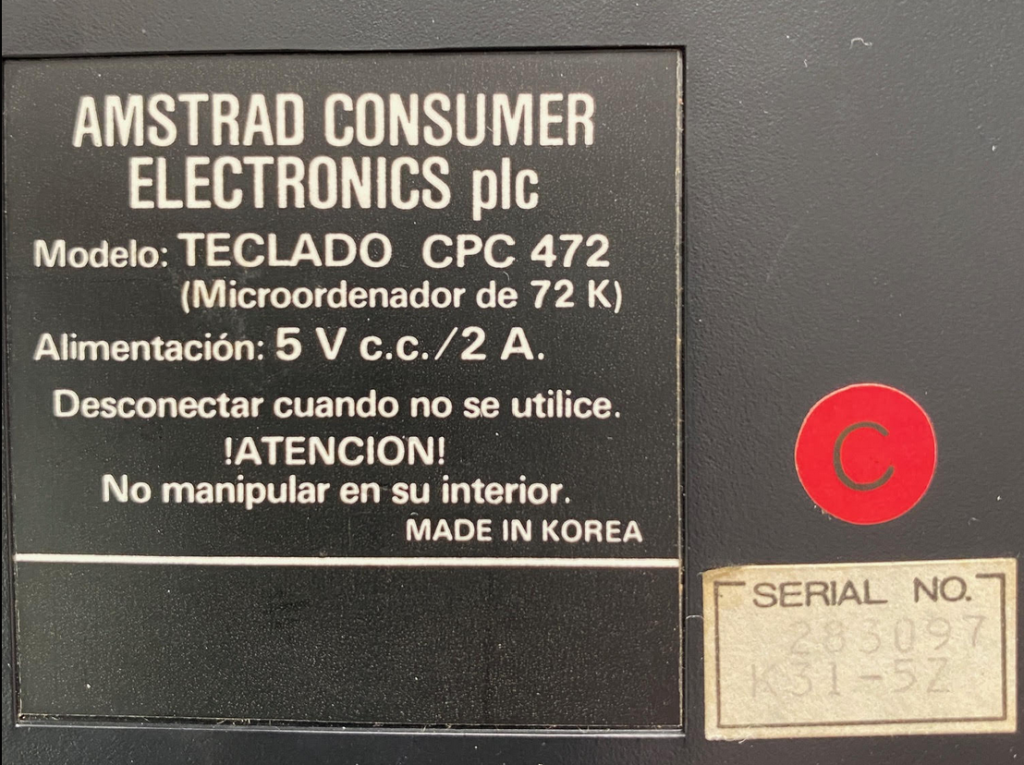 Where can I buy one ?

Try ebay.es or es.wallapop.com, keep in mind you’ll probably need to find a friend in Spain to assist you with the purchase if it’s from the Wallapop site. They range in price from 99 Euros up to many hundreds more, depending on condition and what they come with.

If you compare the timeline (and locations) of where CPC 472’s were actually sold to that of the Amstrad CPC 664, I think this device is actually rarer than the coveted CPC 664, and it should get that recognition. My advice ? Buy one now, while you can. I suspect that they will go up in price.

This entry was posted in CPC 472. Bookmark the permalink.