A quick look at the CPCuiTape

It’s amazing the number of active hardware projects available for the CPC computers today, we are literally spoiled for choice and there are some very clever people out there designing new hardware toys for us to play with.

One such device caught my eye and it is called the CPCuiTape, a hardware device based on the MaxDuino firmware and is available for Amstrad CPC computers (and others) from YouMakeRobots.com.

This device gives prolonged life to all those tape games that were converted to digital format (.tzx .tap or .cdt), and allows you to store your entire collection on one SD card.

Here you can see my device complete with a usb cable (for power) and a CD Car cassette adaptor (for Amstrad CPC 464 models), in addition I have an SD card which I’ve pre-copied with some CDT files. 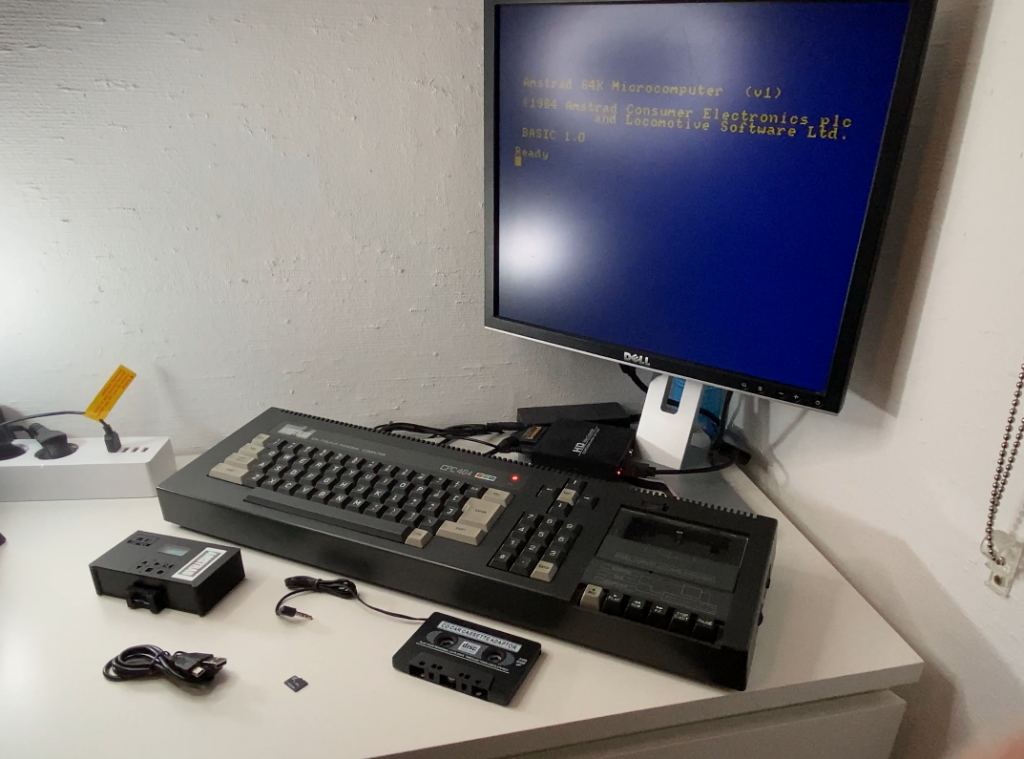 Note: If you want to connect this to a CPC 6128 then you can use the tape in connector on the left of the device in conjunction with the following adaptor.

I downloaded thousands of CDT files by going to the following link and scrolling through near the end, there are a couple of links to RAR/Zip files that you can download. Once done I extracted them onto the FAT32 formatted SD card and was ready to test it. 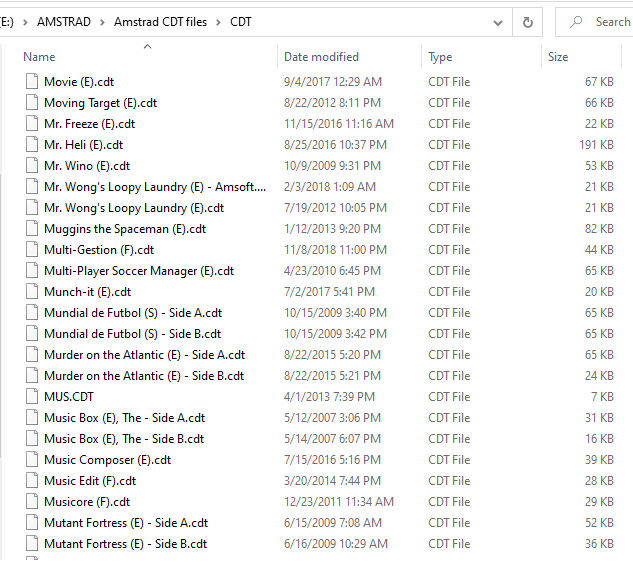 I then inserted the SD card into the SD slot in the center of the CPCuitape. Next I connected the USB connector to power and finally inserted the CD Car Cassette adapter into the tape deck. 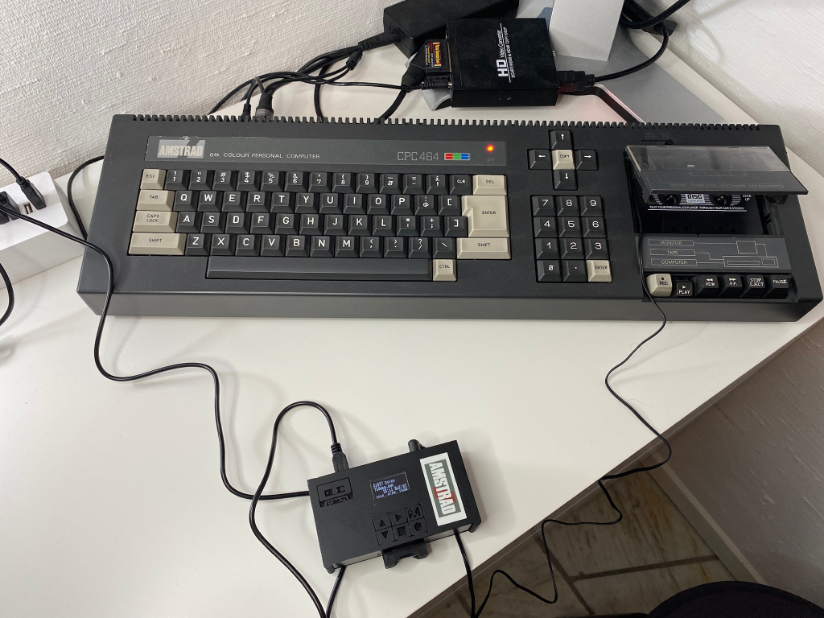 Note that you need to actually press the play key on your tape deck to get this to work (in addition to CTRL+Enter and press any key). It doesn’t matter if your tape deck needs new tape belts this will still work as it uses the read head to read the output from the CPCuitape. 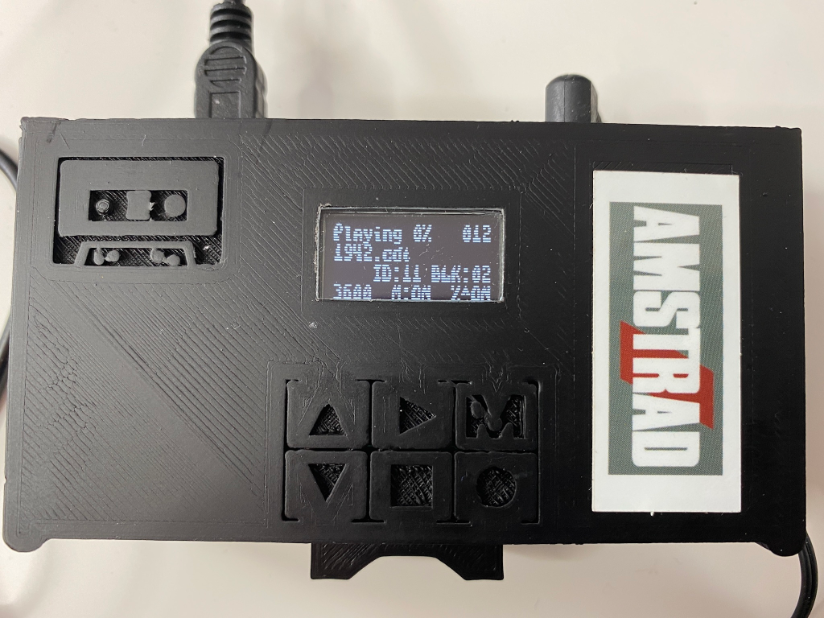 The device itself has a little LCD which shows you the file it’s playing and various other info (such as folders when browsing). The up down arrows or for browsing through the SD card and the Play button is to start playing. The stop button does just that.

Once you’ve started playing a game it’ll appear on the screen and load exactly the same way it would if you were playing from a real cassette tape. I.e. slowly 🙂 and complete with the beep bop tweet tweet noises. 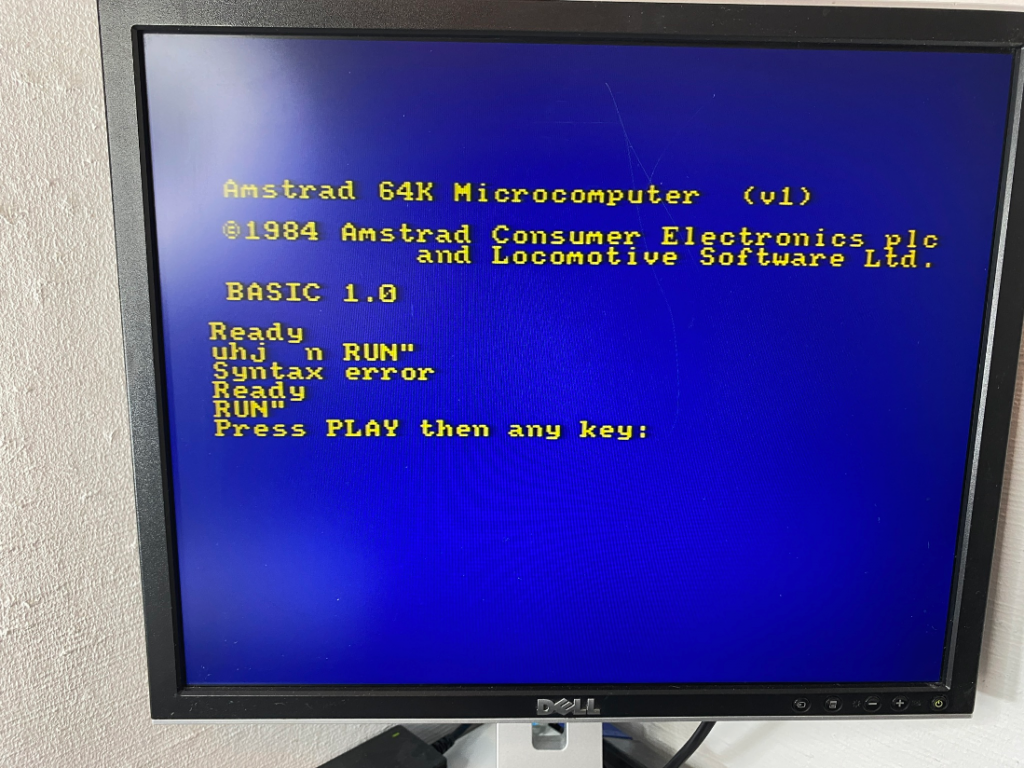 and after a while your game will appear ! Awesome !!! 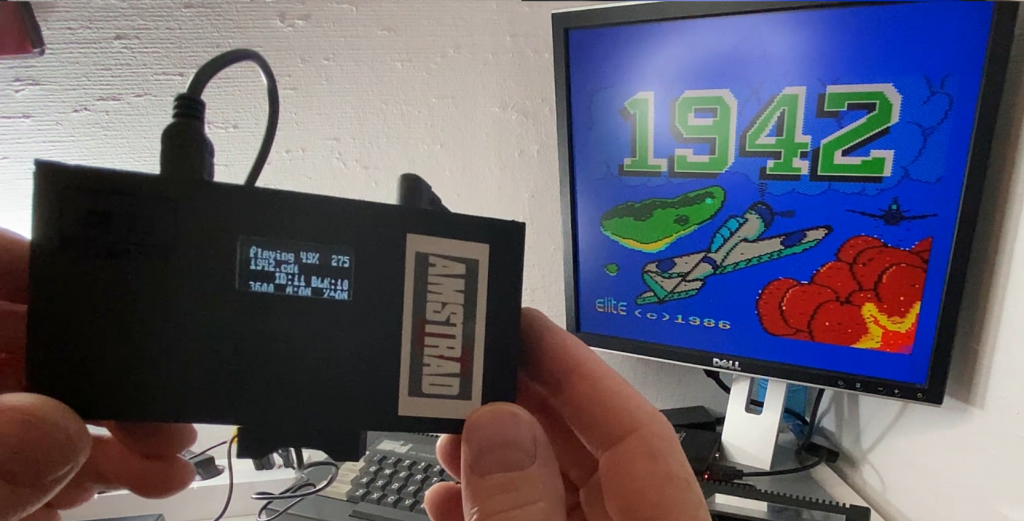 There are some additional things to keep in mind, SD card class 10 cards work perfectly well (The SDFat library has been improved since that warning was put in the original firmware.) in CAS/TZX/MAXDuino. Also the CD to tape adapters have a head that is more the issue than the read head of the CPC464. It is better to add a 5-PIN DIN cassette port to the same specifications as the 6128 cassette port or an external ear but with the external ear socket you do not get the benefit of Motor Control which you do with the cassette port. (Thanks Duncan Edwards for this update).

Lastly, you cannot record to the CPCuiTape, only play.

Please do Ricky a favor and check out his stuff, you can get a CPCuiTape yourself from the following link, it’s only 29.99 GBP !!

This entry was posted in Amstrad, CPCuitape. Bookmark the permalink.