Using ROMs with a ROMBO Rombox

When I started out learning how to program in Z80 machine code back in the late 1980’s, I purchased a Rombo Rombox which allowed me to plug in various ROM’s. These ROM’s contained code that could be called upon using piped commands such as |Protext or |Maxam.

As I said in an earlier post, unfortunately I lost my original CPC 6128 along with the Rombox, but this year I managed to get my hands on an old one and that’s what this blog post will cover.

The Rombo Rombox would plug into the back of the CPC and depending on which ROM’S were installed, gave you access to programing ability, printing, text editing and more. Having the software burned to ROM instead of on disc meant that you could access it instantly, and didn’t have to load from disc. Quick and easy !

In the below photo you can see my Rombox open, with 3 ROMs (Maxam, Protext, Proprint) to the side and a chip removal tool. 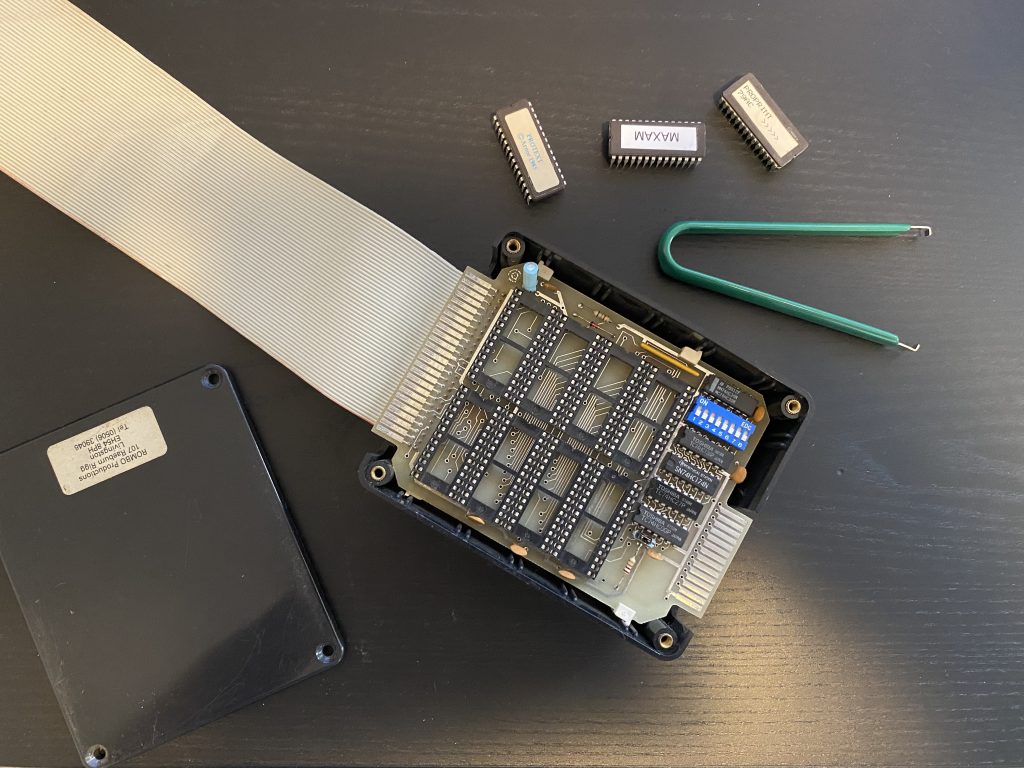 Also to note are the dip switches (white on blue) which are numbered 0-8. They correspond to the ROM slots on the rombox. There is another switch, to allow you to use higher ROM slots (for example on my CPC 6128 I use the high switch 8-15 setting, on the CPC 464 I use the low switch setting, 0-7).

Details of what those dip-switches and high/low ROM settings are on the reverse of the cover, shown below. 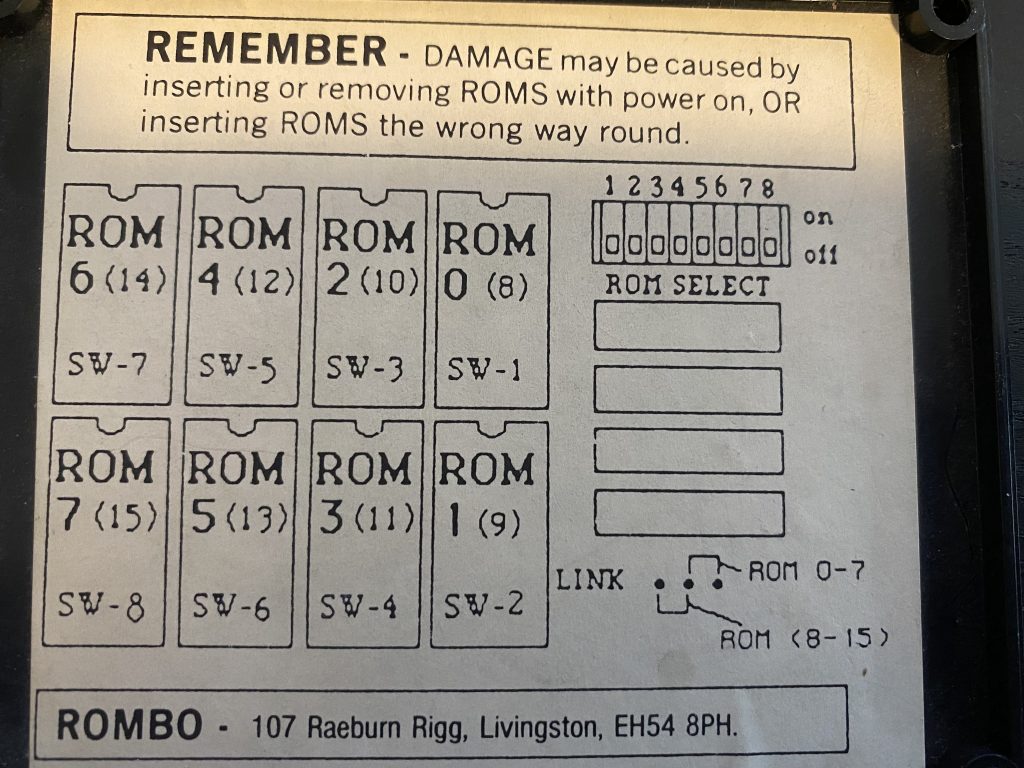 When the board is empty it will look something like this. 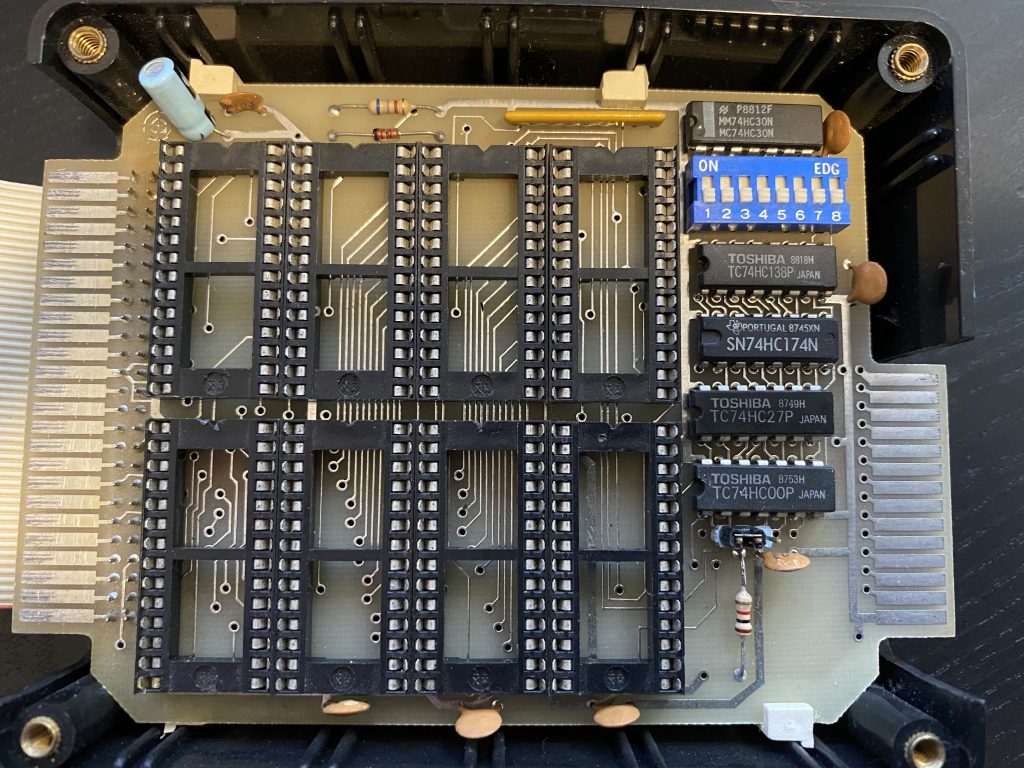 After adding 3 ROM’s, I adjusted the DIP switches to match the ROM’s position in the rombox, so you can see that switches 4,5 and 8 are ON.

Note: I spaced the ROM’s like this as it makes them easier to insert/remove with the chip removal tool. 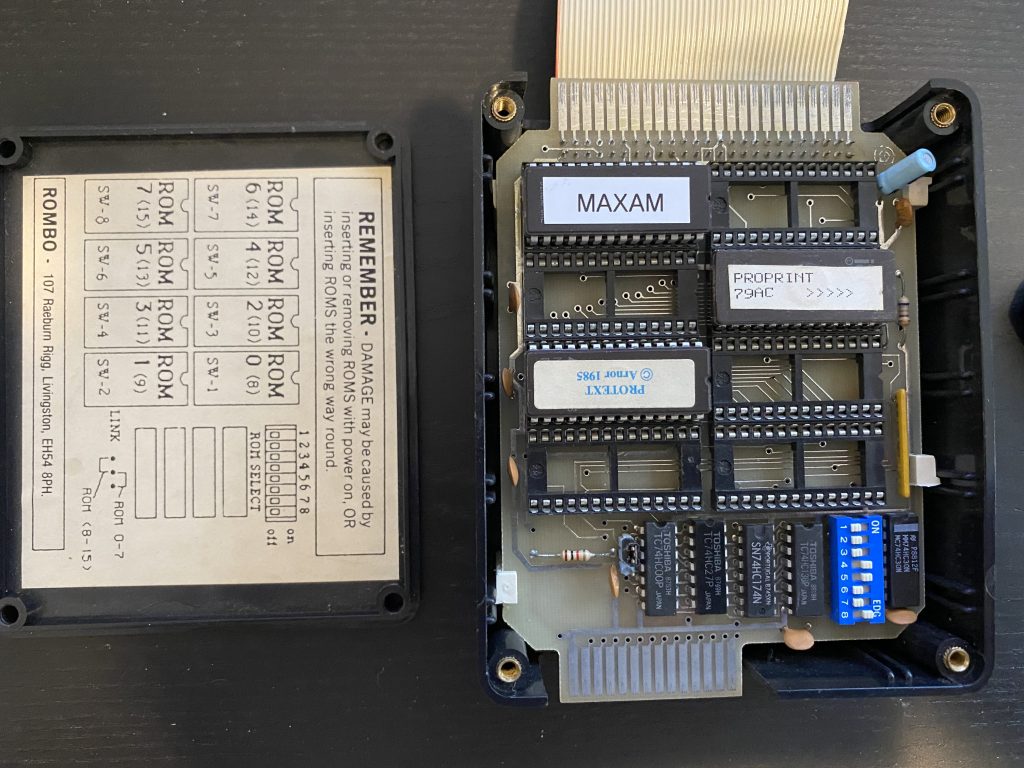 At this point I can connect the Rombox to the back connector on the CPC 6128 and then power it on, if everything went well you should see the ROM’s printing some text to the screen to announce that they are working. 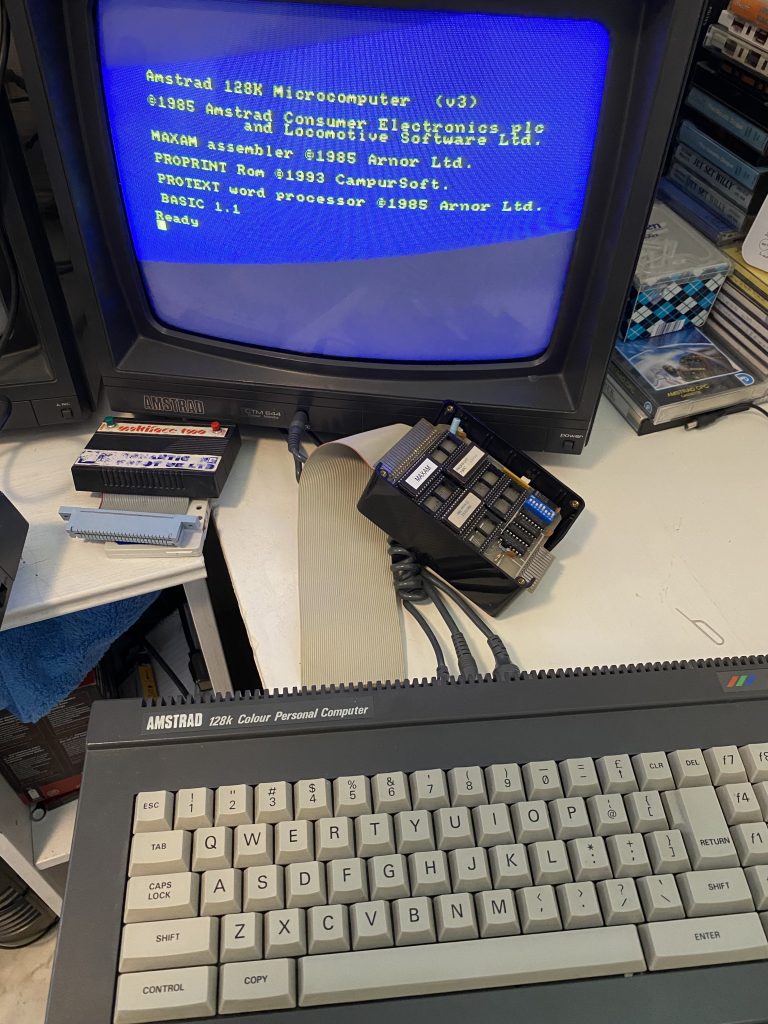 To access the Maxam ROM, I type |Maxam and it displays the built in options for that ROM. 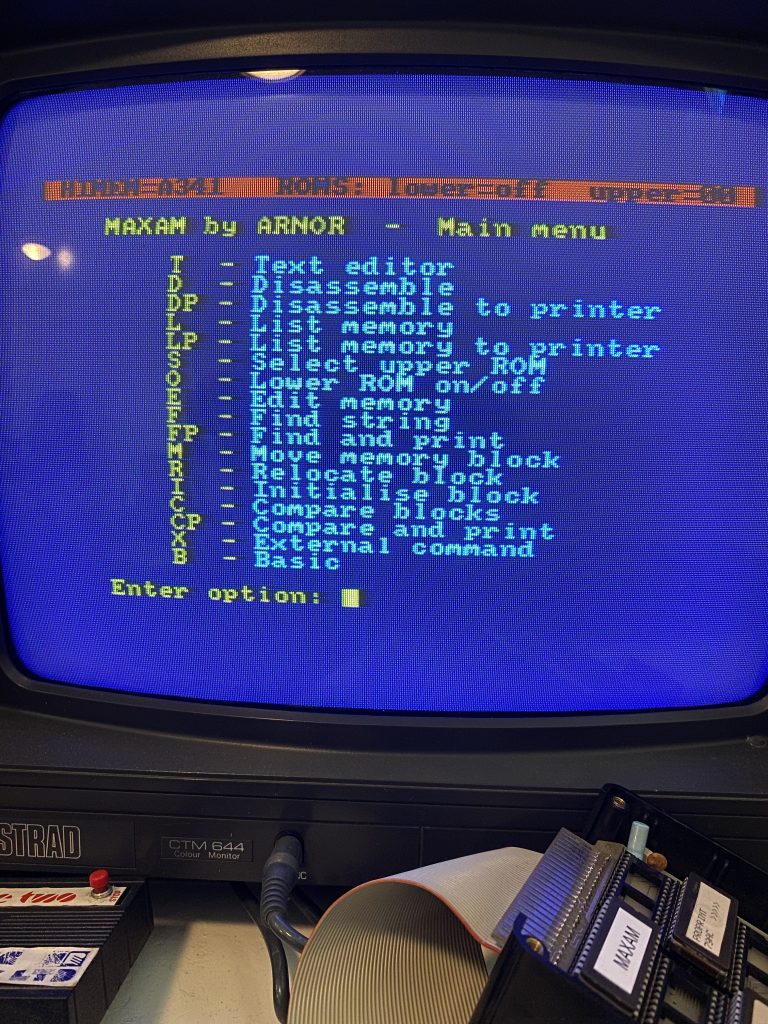 If you can’t get your hands on an old Rombo rombox, you can use a modern alternative, such as this one I bought from Rob Scott. You can see a video of it here. 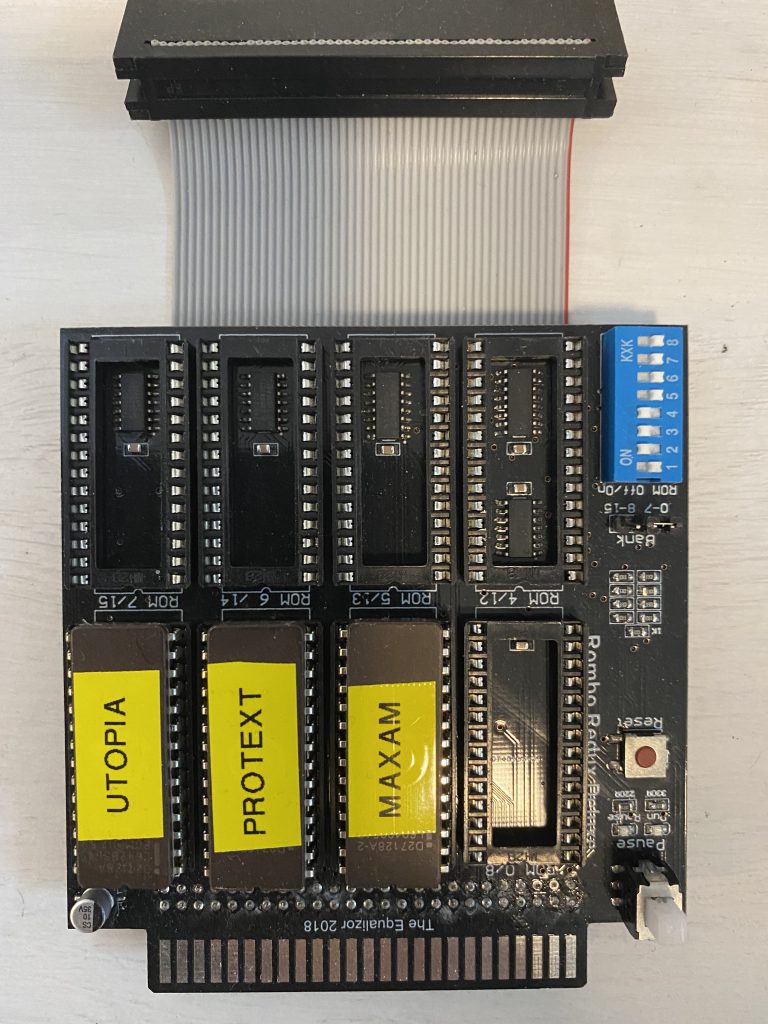