Today I fixed the keyboard membrane and replaced the disintegrated FDD belt on CPC 664 with the swapped motherboard base.

So now I have two working CPC 664’s, except one has video issues and some plastic damage to the case (this one).

This FDD belt was melted and ‘stuck’ to both pulleys (the small one and the large). It took a lot of effort and IPA to get the gunk out. But I tested it and it’s working 100% now

Below you can see the new belt in place. 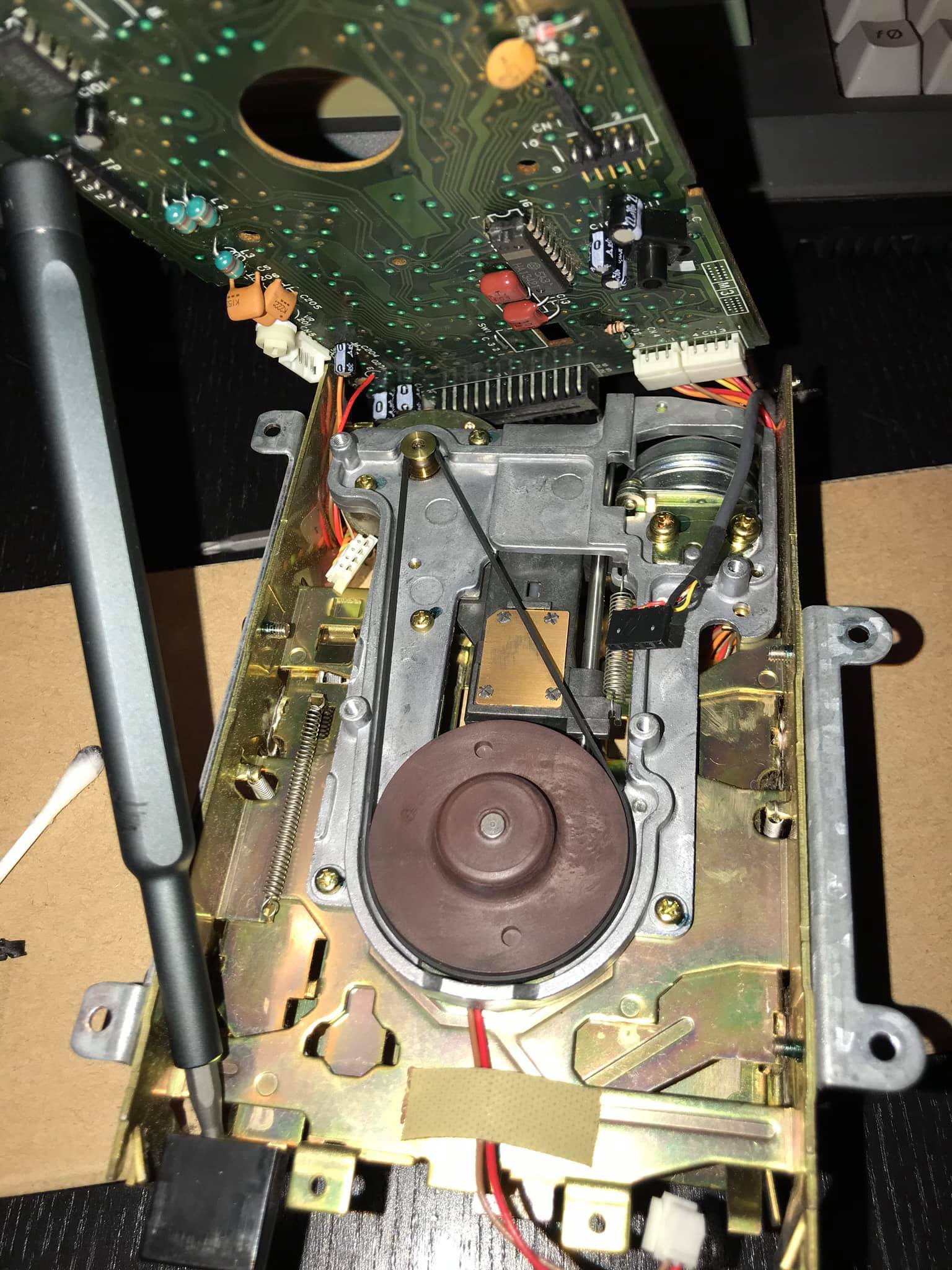 and below you can see some of the gunk that was removed from the cleaning along with some perished (rubbery, sticky) broken belt. 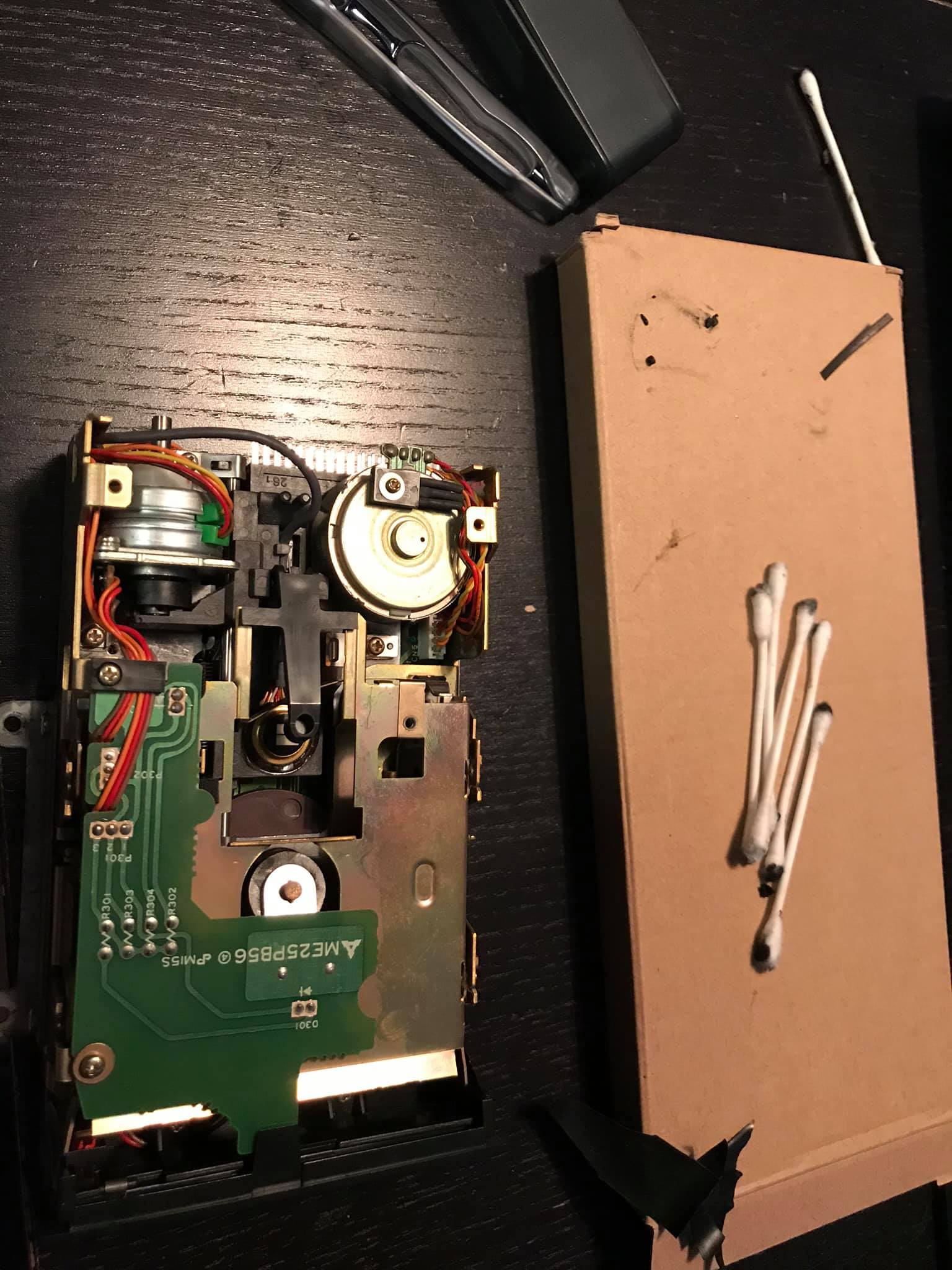 And then I replaced the keyboard membrane (no photos of that, see my other post about how to replace them here).

Once done, I then tested using CAT on the FDD, and it worked, sounded a bit squeaky as it was probably the first time it was used in 30 years or so, but it worked !

Yes I know the video is off, the CRTC chip needs to be replaced, that will happen later. 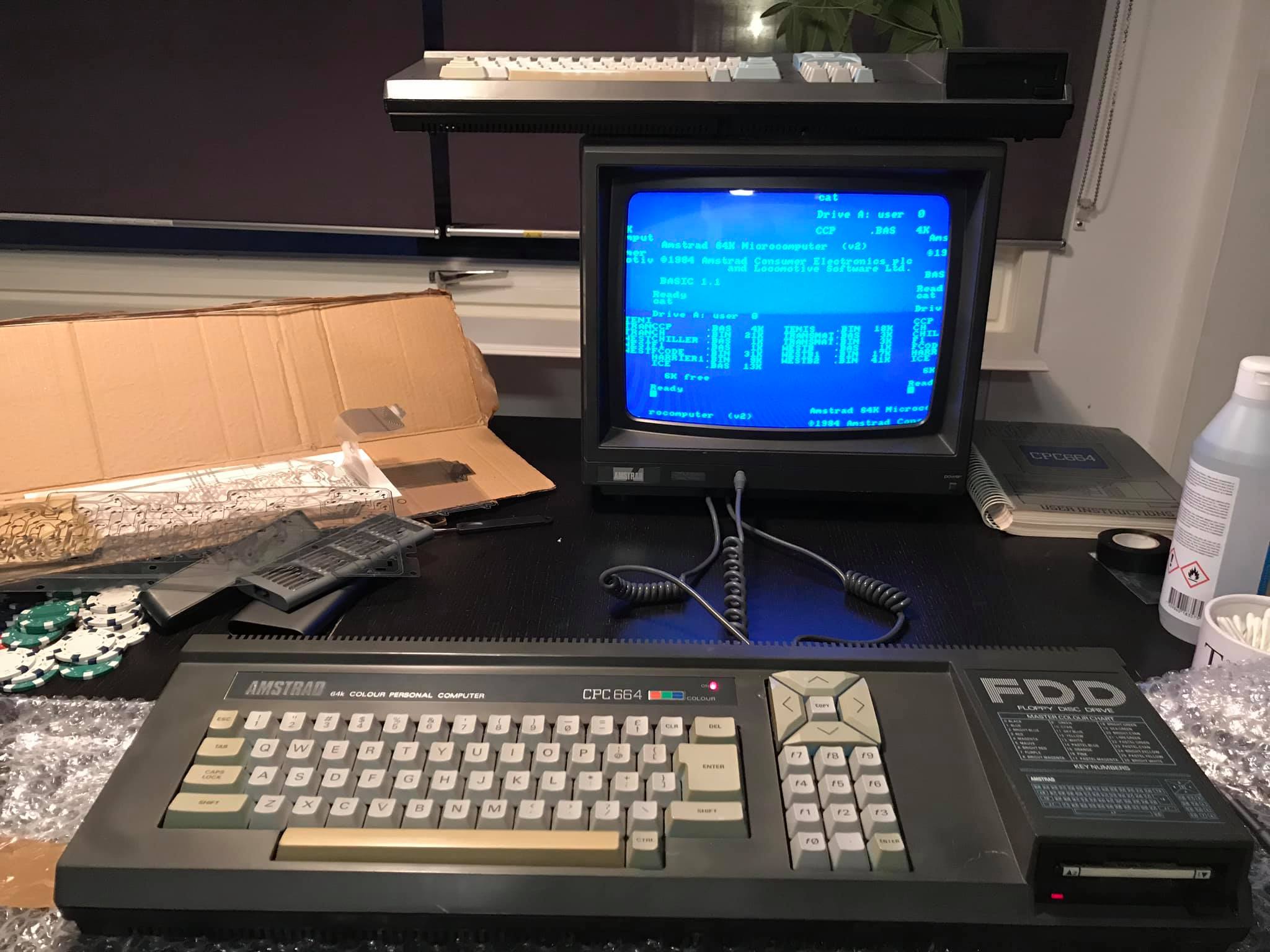 This entry was posted in CPC 664 and tagged FDD drive belt. Bookmark the permalink.